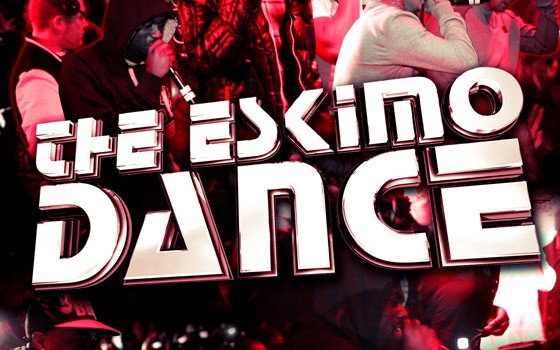 Last Friday, hundreds of grime fans travelled from across the country to the Proud2 venue inside of the o2 Arena to witness the second ‘Eskimo Dance’ of the year, the second since the event was last a regular fixture in the early noughties. Although grime has been remained the rebel of UK music over the past decade, frowned upon by the media and government figures, the event proved to be a powerful statement showcasing how valuable and everlasting grime is in the British music industry…

Featuring some of the best in the scene, Wiley, JME, Jammer, Newham Generals, Big Narstie, Flirta D and many more took the stage on the night. The event featured The ‘Smirnoff Light Fusion Show’, which saw a giant man in an electric robot suit doing the robot to funky house music, ice cannons and lazers – which gave the venue a real rave feel. BBC 1Xtra’s Target and Cameo, Kiss FM’s Logan Sama and others truly delivered by giving us an authentic grime experience, dropping tracks that took me back to my teenage years from artists like Crazy Titch, Donaeo and Gods Gift. However, newcomers such as Preditah also had their tunes rotating throughout the night, which gave the playlist a depth that showed the past, present and future of grime.

Kozzie and countless others began to flood the stage past midnight, just before we saw the heavyweights take to the stage, which included Wiley himself, along with Boy Better Know. BBK did a great job and the audience definitely appreciated Skepta’s appearance, which was not expected. However, the main set seemed to be over very quickly in a whirlwind of pull ups, but perhaps it just felt this way because I was enjoying it so much.

I couldn’t help but feel that because the event is a rarity in itself, we were expected to lap up whatever was dished out – which we did – but I smelt complacency. It should have been the other way round – they should have made the most of every second of this epic hour. Grime may be a loved, solid fixture in this country, but it has a lot more to prove if it wants to evolve into something more recognized and respected. In this sense, I felt the bar could have been raised in terms of the performance, which seemed to lack structure.

On a more positive note, it was nice to see the myth that grime events are “too rowdy” diminished. The audience seemed genuinely united and elated for the love of the genre. At around 3am, the room was still buzzing with undiluted tension from the main set and the party was far from over, as the crowd continued to blow their horns to the amazing playlist. The previous ‘Eskimo Dance’ finished at 6am, so it was a bit disappointing to see the lights come on at 3.30 am. Annoyingly, the staff also came out to mop the floor at this time – I can tell you, there is nothing more humiliating than tripping over a broom when you’re skanking!

My criticisms of the night felt minuscule compared to the positives, as nothing could take away to the 100% pure energy that vibrated throughout the room. The audience (including myself) were clinging on to every word, unconsciously pushing themselves closer to the stage and involuntarily screaming out the lyrics. The event proved that grime is stronger than it ever was. Wiley tweeted after the event with news that the next one may be in Birmingham. I certainly think it will be worth the commute from London just to experience it all over again.