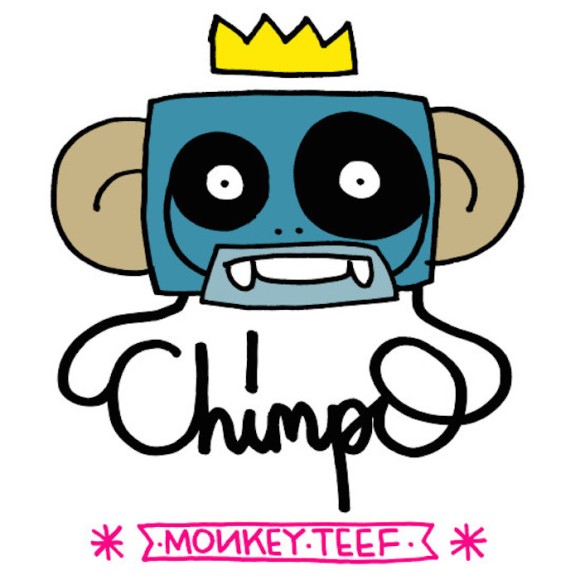 ‘It’s a mixtape, not the Geneva convention’

So, my mate who works in music (did you get my email?) invited me to Somerset House on Friday (28th) to go ice skating – the activity was just the playground for the launch party of Chimpo’s latest release, the ‘Monkey Teef’ mixtape. Admittedly I was a bit unfamiliar with Chimpo prior to being asked to skate to his music, but when I was introduced to him he was wearing a chocolate-coloured monkey-hooded fleece dressing gown and you know, I instantly liked the guy based on that. Who doesn’t like monkey dressing gowns?! GTFOH.

The DJ, producer and playful MC from Manchester released the mixtape for free via Toddla T’s Girl’s Music imprint and again, pretty much got me interested from the intro when he says: “Free Palestine, equal pay for women, heavily tax the corporations, fuck the CIA,” along with other statements that are always strangely exciting to hear on a public platform.

BUT THEN the first track started. A refix of Rebound X’s ‘Rhythm & Gash’, ‘Hype Kids’ kickstarted off the project strong. Features come from Dub Phizix and Trigga on ‘Buss It Up’, Footsie, Strategy and Big Narstie on the Movado-sampled ‘Wha Dem Do’ and a bag of others.

That being said, I gotta admit I don’t remember hearing any of the mixtape at Somerset House – reason being was that I was too busy shitting myself about skating. My friend was sure to tell me to ‘watch your fingers if you fall, you don’t want them cut off!’ to which I looked at her blankly. ‘You know, the blades are sharp and someone might skate over them if you fall!’ RIGGGGHT.

I looked down at the blades tied to my feet, up at the rink where a grown man was lying on his back looking like he’d cracked his coccyx and thought shit. I hit the rink with around 100 others, sliding around the edges looking constipated for around 20 minutes before getting off with the biggest sense of relief and cheated pride that I didn’t come off with an icey ass.

Can I also just take a minute out to appreciate the ice rink at Somerset House? My, it’s a beauty. It’s also cool that even if you don’t want to skate, you can go in and take up the view for free by the bar.

Walking around the rink after our spin, I picked up a whiff of skunk and two twos, it’s Big Narstie with his mates – he had come down to show his support and spit some bars. Along with Narstie, Toddla T also put on a sick set, exclaiming how fancy the venue was behind the booth as he sipped a beer. He was right, it was pretty damn nice.

Anyway, it was when I went home that I took time out to absorb ‘Monkey Teef’ in its entirety. In an age where we want it now and we want it free, we’re even skeptical when it comes to downloading something that’s legitimately free. That ‘What’s it gonna do for us though?’ mentality.

Point being, it’s worth the time. Not just lighthearted vibes and heavy beats, it’s also humourous, has a wealth of quality features and is championed by Toddla T – SNM, cause that man knows music.

Also, if you are actually good at ice skating (FOH show off) I advise you give it a go at Somerset House – they have loads of events happening this winter.