So much reading material is available on the formation of Pakistan that it’s hard for someone as clueless as me to decipher what’s true anymore. But there is one tale that seems quite indisputable – that for almost 1000 years different religious groups co-existed here in harmony, as a family, embracing one another’s traditions.

People did not define themselves by their religious beliefs first and foremost – they had far more in common than what could drive them apart – their community, their language, their life.

Separatism based on religious beliefs was said to be a 20th century phenomenon.

The British ruled over India for around 200 years. Historian and Author Alex von Tunzelmann wrote of this time: “When the British started to define ‘communities’ based on religious identity and attach political representation to them, many Indians stopped accepting the diversity of their own thoughts and began to ask themselves in which of the boxes they belonged.”

As August 14th 1947 approached the British abandoned their rule on India, not because of the pressure they had been receiving from Hindus, Sikhs and Muslims united in this aim, but because they’d run out of the resources after the Second World War. As a parting gift, or a curse – it really depends on who you are talking to – they separated the subcontinent of India into two states, creating the Islamic Republic of Pakistan – land that, owing to the Indus people, is one of the Cradles of Civilisation as we know it.

I suppose it’s quite bizarre how little I knew of partition, how little I still know of it. My mother’s parents have lived in Croydon since the 60s and they were already in Lahore, Pakistan when the partition happened. They don’t speak of it, at all.

It was only this year that my dad who told me his parents were born in Gurdaspur, India, and had to cross the border to Lahore. My sweet, now late Grandmother Zubaida, who pottered around in her shalwar kameez pouring pools of butter in the middle her steaming hot rice before she ate it, smiling sweetly, never gave even a clue that she’d never experienced hardship. I wish I’d known, I wish I’d asked her things, I wish I’d been able to speak Urdu because if I’m honest we had no way of communicating anyway, unless my father played translator.

As they were set to make their journey to Lahore, my grandfather Riaz Mohammad Khan, who was in the British Indian Army, was stopped – he was a Muslim, so he was held as a prisoner of a war. The rest of the family were taken across the border.

It was nearly a year later when an army jeep drove down the street where my grandmother lived, bellowing my grandfather’s name on the radio in an attempt to find his family in this new and still disorganised country, so they could deliver him home.

My grandparents were reunited and my father Arbab Mohammad Khan was born a couple of years later, in 1950. Many a time I have googled my grandfather’s name in hopes of finding something, but of course I know I won’t. I just almost can’t accept that their stories have died with them.

My family, on both my mother and my father’s side, were the lucky ones.

I’ve heard so many horrendous tales, cried watching so many documentaries, stayed up late reading accounts of those who survived the partition – I’m so curious.

As I’ve said, I can’t speak Urdu – I’ve been to Pakistan once as a child, 17 years ago. And yet, I’ve felt there is something missing inside me that is still there, somewhere. Maybe it’s in Model Town, maybe it’s back in Gurdaspur, but I just know it’s there. This is the internal, eternal conflict of a Western-born child of Eastern-born immigrants.

It’s strange to feel emotions and pride over a strange land where let’s face it, I’d be considered a complete alien. And yet, the only way I can describe it as that it feels like I lived there in another life, in so many of my dreams, those dreams that you forget within seconds of waking but you know happened. And then I look into my parents eyes, and I think I can see it. 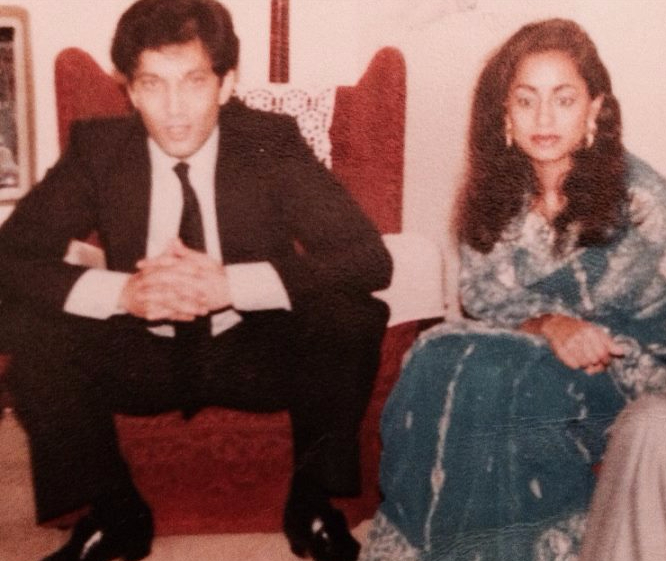