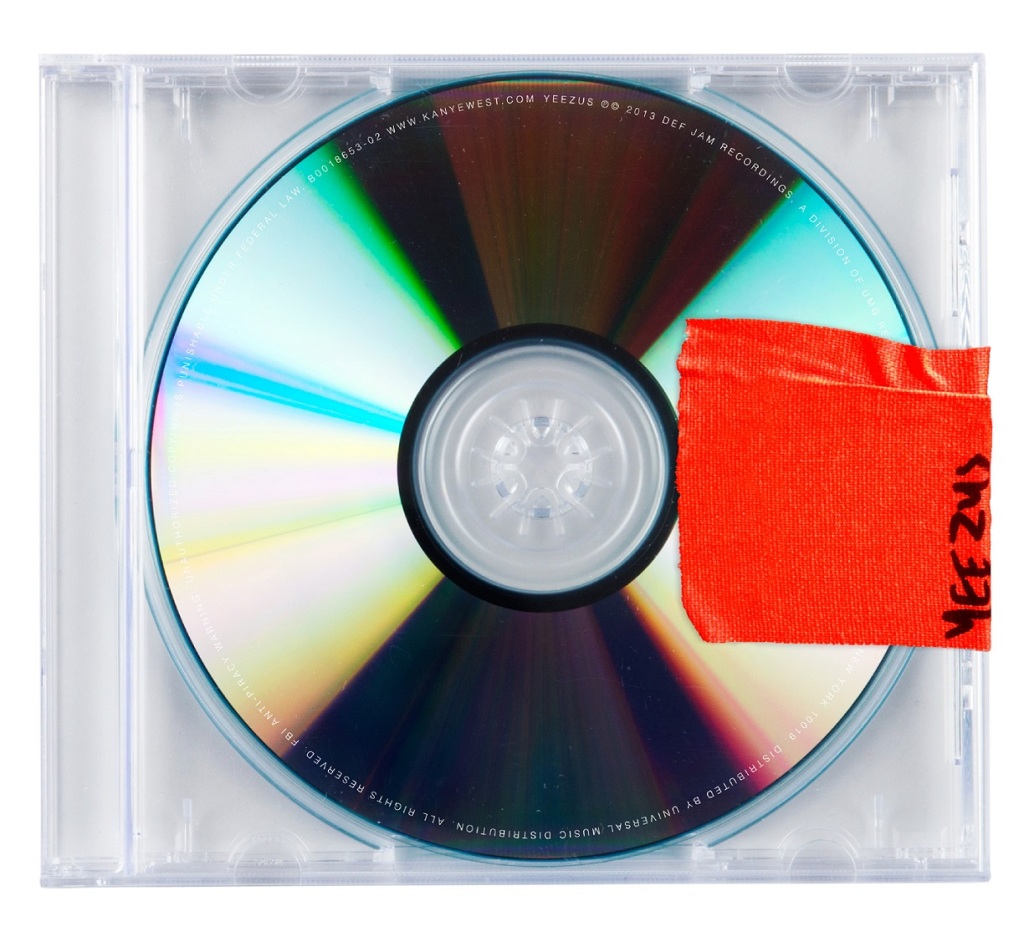 Last night (June 14) Kanye West’s sixth album ‘Yeezus’ was leaked four days prior to its official release of June 18, and whilst most blogs didn’t dare to post the download link that was circulating online, Twitter had less mercy. The social network was packed with mini reviews; some appalling, some glowing, but all strong in their opinion; #Yeezus quickly began to trend worldwide…

Daft Punk go on to assist in producing the first four tracks of the album, including ‘I Am A God’ (featuring God – seriously); other contributors include NO I.D, Travis Scott and others; however, it was co-founder of Def Jam records Rick Rubin who executively-produced the LP and reportedly helped West with his new ‘minimalistic’ sound.

Let’s look back at his offerings thus far. From the preppy, self-discovering brilliance of ‘College Dropout’ and ‘Late Registration’ to the triumphant ‘Graduation’ and the grieving, (Kanye lost his mother less than a year before the release), autotune-filled ‘808’s And Heartbreak’ to ‘My Beautiful Dark Twisted Fantasy’, Kanye West is continuously discovering and exhibiting the many faces of hip-hop.

He may not be a God, but he is our Columbus.

His sixth offering is no different in terms of solid progression. It’s house inspired, chilling and heavily electronic, with abrupt bursts of soul scattered across the length of the LP and elements of rock.

As ‘Ye puts it: “I think that even ‘Black Skinhead’ could border on house, ‘On Sight’ sounds like acid house, and then ‘I Am a God’ obviously sounds, like, super house.”

‘Can’t Hold My Liquor’ hears an impressive feature from fellow Chicago native Chief Keef and Justin Vernon, which hears ‘Ye kick off the track claiming, “B*tch, I’m back out of my coma!”

The trippy RZA produced ‘I’m In It’ features a west Indian voice as well as vocals from Justin Vernon and hears Kanye ask for some ‘sweet and sour sauce’ to eat his ‘Asian p***y’ – his relationships with women are frequently mentioned within the album.

Whilst he fantasizes about strange females (‘no sports bra, let’s keep it bouncing’ – ‘On Sight’) he’s candid about other things. “I’m so scared of my demons, I go to sleep with the nightlight,” he says on ‘I’m In It’.

‘Blood On The Leaves’ samples Nina Simone’s ‘Strange Fruits’ and gives unexperimental fans a chance to hear the ‘old’ Kanye as he sings over autotune. He switches it up mid-track, spitting: “I don’t give a damn if you used to talk to Jay-Z, he ain’t with you he with Beyonce, you need to stop acting lazy.”

The Kid Cudi featured ‘Guilt Trip’ is almost reminiscent of cloud rap – on top quality acid. Future club banger ‘Send It Up’ featuring King L is reminiscent of the Quincy Jones’ production of the ‘Ironside’ theme tune. The album ends with the Charlie Wilson featured ‘Bound 2’, which is the audio equivalent to ending credits; it’s a mind-boggling movie.

“I think that’s a responsibility that I have, to push possibilities, to show people: ‘This is the level that things could be at…’ I understand culture. I am the nucleus.”

‘It’s provocative… it gets the people going!’