This week I want to talk about a reporter, an author, a revolutionary – a big inspiration of mine. I first saw Mona Eltahawy in 2014 on Al Jazeera, fiercely debating a question based upon her infamous article on Foreign Policy: Do Arab Men Hate Women?

For the whole debate, my eyes were glued to the screen. Here was a woman I wish I’d known of when I was a teenager going through my own confusing introduction to Islam by a man who I loved. A man who eventually forced the hijab upon me, and was obsessed with his desire to have ownership of me.

The interview started with Mona getting right to the point. “When 12-year-old girls are dying giving childbirth in Yemen, when 91 percent of Egyptian girls and women have had their genitals mutilated, when 16-year-old girls in Morocco are forced to marry their rapists so that their rapist can escape conviction – that is nothing short of a war.”

Born in Egypt, Mona moved to the UK when she was 7 – but she had the culture shock of her life when her family relocated from Glasgow to Saudi Arabia at the age of 15. She said “it was like the lights being turned off.”

“As a woman in Saudi Arabia, you have one of two options. You either lose your mind – which at first happened to me because I fell into a deep depression – or you become a feminist.”

Mona later moved to New York City, and now splits her time between the Big Apple and Cairo.

In November 2011 – the year of the Egyptian Revolution – Mona was on Mohamed Mahmoud Street, at the heart of it all. She told the Guardian: “the last thing I remember before the riot police surrounded me was punching a man who had groped me. Who the hell thinks of copping a feel as you’re taking shelter from bullets?”

The Egyptian riot police knew exactly who she was – an honest writer, a critic of the regime – so they broke her left arm and right hand, leaving her unable to write. Her arms were in casts for three months. She was sexually assaulted and threatened with gang rape before being held by the Interior Ministry for six hours.

Mona then had to face interrogation by Military Intelligence for another six hours – and was blindfolded for two of them. She discovered new bruises every day following the beatings.

“As awful as it was, I am much luckier than others. If I’d been a working class or poor Egyptian woman, unknown and with no platform, I could’ve been killed. I am alive and free.”

When she had recovered, she dyed her hair a flaming red and adorned her arms with tattoos – one being the ancient Goddess Sekhmet.

“The way I put it, she’ll kick your ass and then fuck your brains out.” – Mona on Sekhmet. 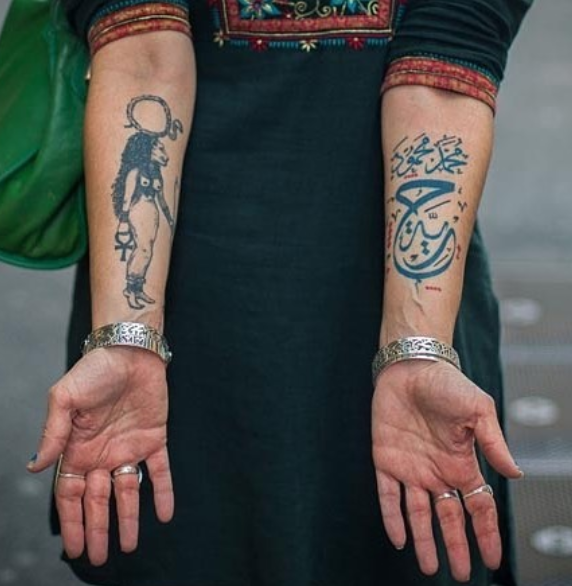 In 2015, Mona released her first book – Headscarves and Hymens: Why the Middle East Needs a Sexual Revolution. Here are just a couple of quotes from it that gave me some food for thought.

“A male editor I once worked with tried to dissuade me from the personal: “Who cares about what happened to you?” The most subversive thing a woman can do is talk about her life as if it really matters.”

“Why is violence significantly less traumatizing than our naked bodies?”

One of the main things I love about Mona – what makes her writing and her story so captivating to me – is her spirit, her fearlessness. Whilst being held captive by those who are meant to serve and protect after being beaten black and blue, what was on her mind?

“The whole time I was thinking about [the] article I would write; just you fuckers wait.”

You can buy Mona Eltahawy’s book Headscarves and Hymens: Why the Middle East Needs a Sexual Revolution now.

That Foreign Policy article ‘Why Do They Hate Us?’ can be read here.

Some quotes came from this great Guardian piece on Mona, called ‘Bruised but Defiant’. 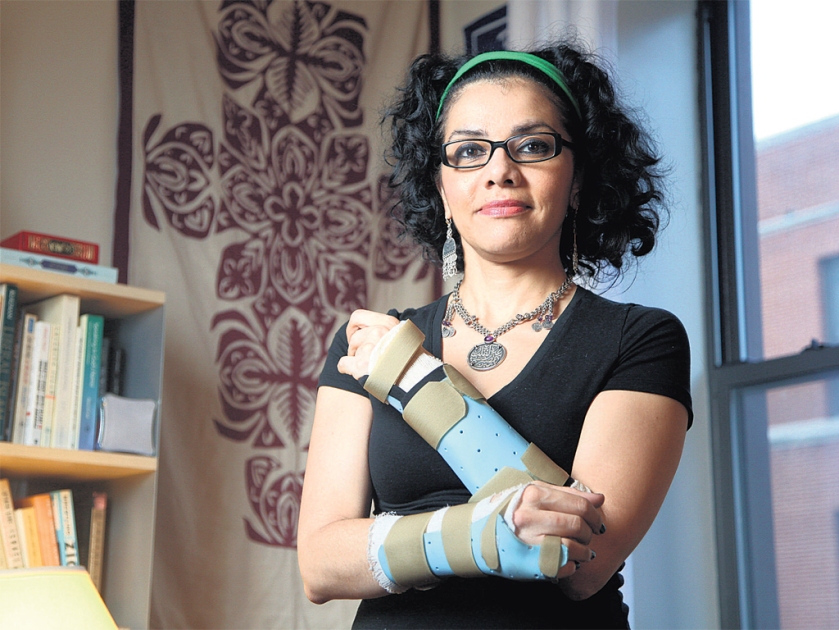 Photograph: Dan Callister for the Guardian

“Why do those men hate us? They hate us because they need us, they fear us, they understand how much control it takes to keep us in line, to keep us good girls with our hymens intact until it’s time for them to fuck us into mothers who raise future generations of misogynists to forever fuel their patriarchy.

They hate us because we are at once their temptation and their salvation from that patriarchy, which they must sooner or later realize hurts them, too. They hate us because they know that once we rid ourselves of the alliance of State and Street that works in tandem to control us, we will demand a reckoning.”