“You can’t understand Punjabi?!” Rishma* said, mouth open in a grin stuck on pause that evolved into rolling laughter of disbelief. “No,” I smiled, clenching my fists that lulled by my sides to prevent them from instinctively floating up and punching her in the jaw.

It was a question I had to confront more and more as I faced the adult world – how could I be a British Asian and not be bilingual? That was one of the pros of being an ethnic minority here, right? You can speak your mother tongue and laugh at private jokes in public places, be able to answer Skype and offer more than an awkward wave… these are the expectations, but I never grew up with them, so it never mattered.

My grandad as he moved to Britain

My mother came to Britain as a five year old in the 60’s and in those times, it was conform or die, and that wasn’t an exaggeration. No Urdu was allowed to be spoken in the house. They had to master English. My grandmothers hijab was removed under my grandfathers instruction. They are now a prime example of making a success out of nothing. But something was lost in generations to follow – the identity they were born with.

My father was a hipster by today’s standards. He came here in the 70’s and my dad, always the loudest one at the party, settled into western life well. Urdu was reserved for when he spoke to his family back home – something he never spoke about to me and something he did alone, in the kitchen with the door closed. 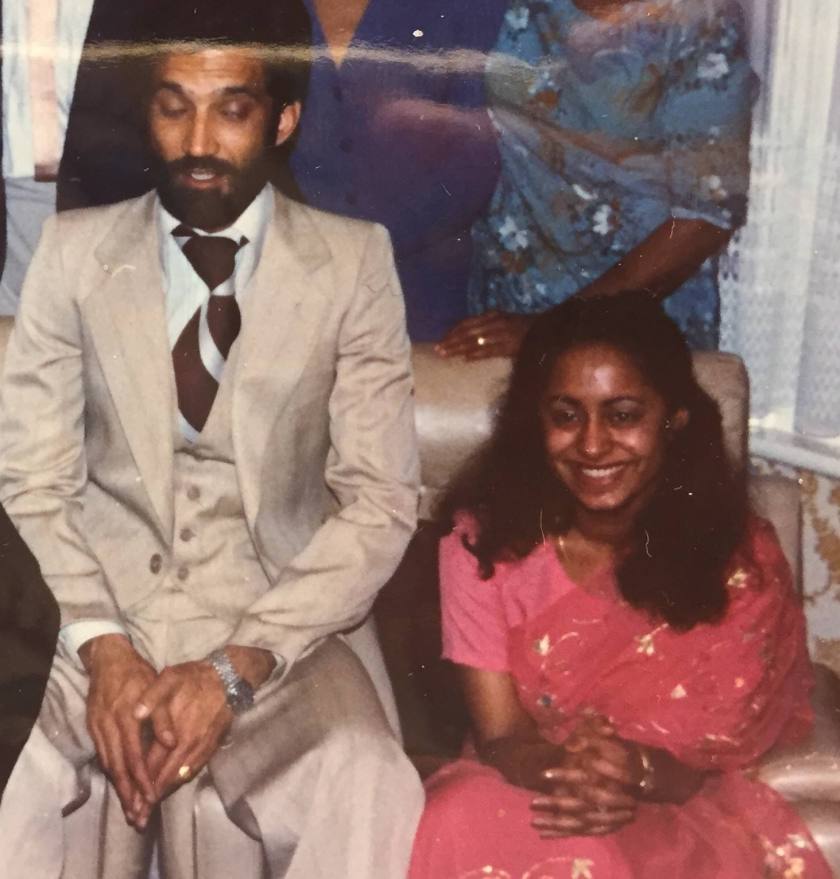 my parents, on their wedding day

I went to a fairly mixed school, but I chose a college with a high population of South Asians – and it was then that I had the joy of being called a coconut *rolls eyes*. Every time I was called out about the missing puzzle piece in my identity make up, I would laugh. At some point, I accepted my place as the butt of the joke.

It’s not the questioning as to why I can’t speak another language that bothers me at all, it’s the open judgement I receive afterwards; the disdain. The same people who may have been judged or bullied for being a brown kid would judge me in just the same way because I didn’t fit their stereotype, and it was hypocritical.

What irked me even more was the superiority complex I felt from people who could speak their mother tongue, as if it was something they taught themselves in night school as a toddler.

Being taught another language is a privilege that your parents bestowed on you – be grateful for it, because it’s not every brown person’s birthright. Not all of us grew up in a large family, or a community where you share the same culture. Every family story coming from the diaspora is different.

An ethnic minority without a sense of cultural community experiences alienation on a level someone who had their culture ingrained within them from a young age does not – so open your mind to it, be kinder to that reality. Before you speak about the privilege of others, make sure you recognize your own.

*name changed cos, well… I think you know why

3 thoughts on “On Being a Non-Bilingual Brown Person”